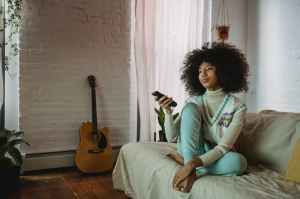 I have been working on this post for three months because all I did was rewatch Smallville for a long time. I seem to be able to watch other things now, so hopefully my next post will have more shows (or not, I need to read more!).

I accidentally almost watched the Arc of Suck. Picture this. It was Season 8, Clark was finally working at the Daily Planet. He was partners with Lois. They were getting closer and after four seasons of JUST GET TOGETHER ALREADY we were so close. They moved in for a kiss and Lana Lang walked in.

I’m sure I’ve said this before, but I’ve never seen a season tank so fast after such a good first half. Except for maybe Twisted? I still think about Twisted from time to time. I think my favourite non-favourite thing about the show was the on-screen hashtags. #PoorJo.

Anyway, I ditched this arc and started watching…

END_OF_DOCUMENT_TOKEN_TO_BE_REPLACED

I watched this at the start of the year, but never posted this. Figure this is a good a time as anything!

TL;DR – This show can be frustrating at times, but it’s always entertaining!

END_OF_DOCUMENT_TOKEN_TO_BE_REPLACED

I actually really liked the first few episodes of Fastlane until I realised that… it was the same episode over and over again. I eventually rage quit when there was this really gross scene where it was just girls dancing in slow motion and I was like, ‘HOW MANY TIMES?!’.

Every episode there was a club or beach house scene with girls, girls and more girls. Most of the time our white, male lead falls for one of them and we get an awkward, sultry, slow motion love scene. Cringe.

Fastlane would work as a movie, maybe. Watching the same thing happen (in slow motion) for twenty two episodes is not good TV.

That being said, I don’t think I was the target audience for the show anyway.

I’m on the third season now. I like the show, but I think the reason why it’s not as good as Justice League is the ensemble cast. There are so many characters now that it’s hard to really get lost in it. I did like the Cadmus Labs arc in the second season, though.

Above all, there is not enough Superman. There’s not enough Batman. They should make a Batman/Superman show!

END_OF_DOCUMENT_TOKEN_TO_BE_REPLACED

Superman is just the best.

I don’t want to turn this into an impromptu Superman is the best post, so I’ll just snark about some of the animated movies instead.

Why are they constantly retelling Superman’s origins… or pitting him against the same villains. Not that it matters because half of the movie is just Superman and the other guy pummelling each other and smashing buildings…

… and that gets old after five minutes.

Anyway, I hear there’s a new animated series coming out about Clark, Lois and Jimmy hanging out at the Daily Planet, etc. Yes, yes and yes, I’m ready for it.

… because you asked (not really) and I’m here to deliver.

Anyway, how are we all doing? I feel like I never blog anymore. I don’t really know why. I think the pandemic has just quietened the part of my brain that snarks about things. Or, I’m too busy lamenting the stupidity of real people to complain about fictional characters. I’m definitely not really watching much these days. Is it me or is there just too much to watch? And a lot of it is just juvenile (*looks at The Boys*), repetitive and boring.

Ironically, I’ve turned to superheros in these dark times! I’m a genuine Superman fan now. I take back all the times I called him boring. Sure, a lot of the content is lacking, but Superman is iconic for a reason.

I watched the first two episodes of this. It’s not bad at all. It kind of has a The Boys/Watchmen feel to it. The end of the first episode was very graphic. I’m curious to see how it all ends. I’m low-key salty that the knockoff Superman isn’t like the real Superman, though. I have problems, I know.

END_OF_DOCUMENT_TOKEN_TO_BE_REPLACED

S1, Episode 9 (Deep Fake): Peter is ready to take over his business again, but back in Dublin he is met with accusations that can cost him everything.Neuman finally gets hold of Vincent and confronts him.

S1, Episode 10 (Swan Song): Vincent and his team get an unexpected ally, but can they trust him? Zora learns of a family secret that threatens her plans and leads her to take desperate action.

I was supposed to rewatch this before I wrote a recap, but in all honesty, I don’t care anymore. I am posting this for the sake of completeness, lol. Tom Welling said this show was like an A-Team/Ocean’s Eleven inspired thing which makes a lot of sense. I still have no idea how it ever got into production stage (I’ll never accept this medical satellite storyline EVER!).

END_OF_DOCUMENT_TOKEN_TO_BE_REPLACED

Zora takes advantage of Peter’s absence and goes ahead with her plans, regardless of what it will cost her family.Meanwhile, Peter’s daughter Jane begins a dangerous affair with Vincent’s brother Danny.

First of all, the summary doesn’t match the episode? Weird. The episode goes off the rails quite quickly, and watching it on its own really highlights that. I was also liquored up the first time and watched the next two right after which helped immensely.

There was also a horrible wig, but we’ll get to that.

We begin with the newly arrested Agent Neumann screaming that he’s from Europol and demanding someone free him. In the middle of the Congo? He’s lucky he’s a fictional character, lol. Somehow there’s a news reporter outside the police station and cameras catch the whole thing.

END_OF_DOCUMENT_TOKEN_TO_BE_REPLACED 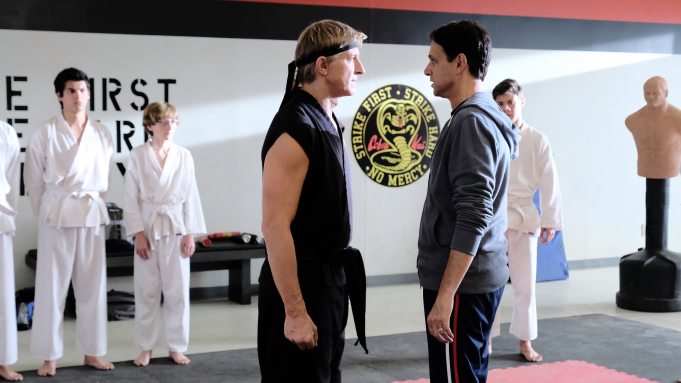 Last season: Kreese came back and inexplicably took over Johnny’s dojo and nobody found it weird. Both, Johnny and Daniel used a bunch of kids to hash out their personal differences. There was some high school drama that led to an all out brawl leaving Johnny’s protégé, Miguel, in a coma. Daniel’s daughter was left with injuries the pointy end of the love triangle she was in with Robbie, who is Johnny’s son/the reason why Miguel is in a coma.

I didn’t care for this episode. Something was off. It held my interest, but it seemed like a rehash of what we’ve seen before. Johnny drinking and getting into fights. Daniel feeling maudlin about how everything has gone wrong. John Kreese rubbing his hands in all his villain glory and basically spelling out the season for us.

There was a glimmer of hope at the end when Daniel and Johnny are hopefully about to team up to find Robbie, but I found it annoying they had Johnny go out of his way to sneak into see Miguel meanwhile Daniel is trying to find his son. Has the character regressed that badly?

Miguel is still in the episode via a mixture of dream and flashback sequences where he’s doing karate and it got extremely cheesy after the first two times. By the time he woke up I could only release a suffering sigh.

I have seen the first season of 24 before, but I don’t remember anything except a certain death. I think it holds up well enough… the only problem is that after a while the format holds the plot progression back. For instance, I had to watch more Misha Collins scenes than I’d like.

There are a lot of repetitive scenes (Senator Palmer and his wife). There’s a lot of Jack Bauer angrily yelling, ‘THIS IS AGENT JACK BAUER!’ down his 2001 era flip phone. There’s a lot of shifty eyes, as the show tries to keep us on our toes about the CTU mole.

END_OF_DOCUMENT_TOKEN_TO_BE_REPLACED

In an attempt to escape, Vincent and Peter find themselves in an explosive situation and Peter’s life ends up in Vincent’s hands once again.

We pick up where we left off, with Vincent not yet at the rendezvous point and Peter running off to find him sans weaponry. The chopper circles around briefly to see if it can pick them up. Unfortunately, Vincent finds himself caught by Saif and just as he’s about to surrender, Peter conks Saif on the head and knocks him out.

They run off and in the direction of the chopper, but Saif’s men catch up and try to shoot it down leaving them stuck. They manage to escape a gunfight, although Peter gets shot without realising.

Meanwhile, Grace is back in the village and demanding the pilot take them back. He’s rightly just like, “Uh, Ma’am there are fifty bullet holes in my chopper, it can’t take you anywhere!”