Hey all, welcome to my blog.

If you’re here because you’re tired of Supernatural and the cast- I have a lot of posts that will be of interest to you. Way too many. I kind of wish they’d retire the show and their stupidity. If you’re wondering why I’m trash talking your favourite show – there’s an explanation post here.

Please read the rest of this post if you’re wondering where the Supernatural recaps have gone.

If you have a general comment about Supernatural, the cast or whatever, I now have an open thread!

END_OF_DOCUMENT_TOKEN_TO_BE_REPLACED

It’s funny because I used to be such a huge Tom Hardy fan and at one point he was EVERYWHERE but Venom came and went for me. I didn’t hear about it until… well, I don’t remember now, but it was well after it came out.

I think Tom Hardy is a good actor, especially when it comes to unique characters. My only issue with him is that he’s unintelligible when he’s speaking with certain accents – and he insists on doing a different one in every movie. He has a distinctive voice already that I think accents just don’t work for him.

Naturally, two minutes into Venom and I was thrown by his accent. It was… bad. However, I could make out most of what he was saying. Progress! — and also subtitles because I learnt my lesson after Warrior.

Onto the movie and…Venom isn’t a bad movie at its core, it’s just…not very good. That’s not to say that it lacks entertainment value. The scenes with Eddie/Venom talking to each other are really good. It’s just lacking a lot of things – probably because it has a short run time of 92 mins (plus 20 mins of end credits – are they taking the piss?). It needed another 20 mins to establish some character motivations.

For instance, Riz Ahmed is doing some science mumbo jumbo with symbiotes… but why? What’s his end goal? Eddie seems to come to terms with Venom rather quickly. Eddie’s ex-girlfriend comes to terms with Venom even faster and it feels like there’s a huge chunk missing from the movie. It’s a Venom movie, but we hardly hear anything about Venom himself.

I did read that they cut 30-40 mins from it so maybe the plot progression is on the cutting room floor. I don’t know and the director didn’t do much to make me care. Or the movie just needed Spiderman.

Perhaps the sequel will be better?

First of all, I’m a huge Simon Baker fan so I don’t understand why I haven’t seen it before.

Secondly, hearing Simon Baker say, “is it because I’m white?” and every other line about his whiteness was such a trip. It was even worse when his character asks Sanaa Lathan if her hair is real. END_OF_DOCUMENT_TOKEN_TO_BE_REPLACED

Review exercept: A movie that beats you into submission and makes you wonder if the sun will ever come out again.

I love Batman so I was like, let’s watch all of the movies! I did the Nolan trilogy and Batman Forever and I was going to take it all the way back and do the Keaton’s movies but I decided to watch Batman vs Superman instead.

Imagine my horror when I saw that it was three hours long.

END_OF_DOCUMENT_TOKEN_TO_BE_REPLACED

Now that we’re all being told to stay indoors, I figured I’d do some legit movie reviews alongside my long running and soon to be continued Bad Moviethon series (Batman vs Superman, anyone? UGH).

The criteria for the legit movies is a Rotten Tomatoes score of 60% or more.

(…and before anyone calls me insensitive, I’m here to complain about other people’s insensitivity – stupid & senseless so happens to be the perfect way to do it).

Something worse than Supernatural (post season 5) is upon us – COVID-19 – a globe trotting virus that simply doesn’t give a fuck.

In usual fashion, people have taken this opportunity to show us how much they suck.

I’ve decided to give you a nice little round up.

First up we have the UK government whose plan for the virus has to be the most insane thing I’ve ever heard – until I realised that there’s basically no money.  They’re not testing every case because they can’t afford to and they simply don’t have the means to either. How could they when the same government have been cutting service for the past ten years? So they’re basically like, ‘if you catch it, you’re on your own and hey, maybe you’ll be immune?’.

God save us all. END_OF_DOCUMENT_TOKEN_TO_BE_REPLACED 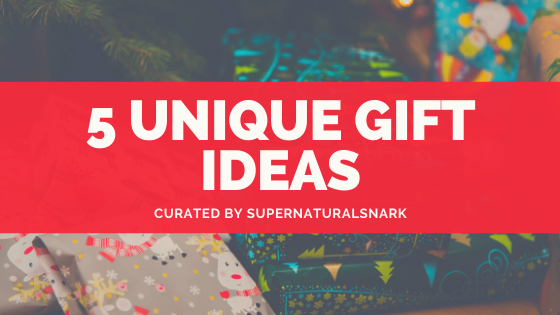 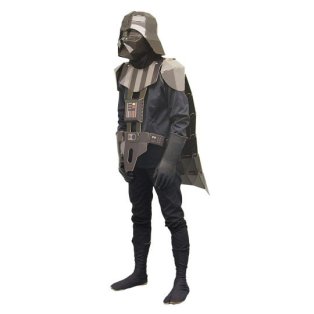 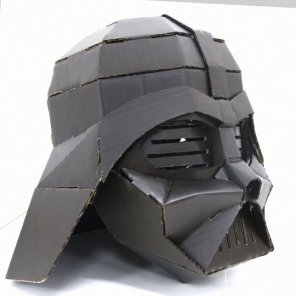 What happens if it rains? Does the wearer magically transform into sweaty Anakin Skywalker?? I need answers. Or visuals.

END_OF_DOCUMENT_TOKEN_TO_BE_REPLACED

In honour of the last season, I will be watching and recapping the last two episodes of Supernatural.

I was there at the start, figured that I’d come through at the end.

Anyway, the last episode I watched was 10×10, so if anyone would like to recap the past four seasons in 2-3 sentences I’d be grateful.

Did Sam finally change his conditioner? Did Dean stop eating gravel for breakfast? Is Castiel dead? Is Bobby still being annoying from the grave? Is Mary dead again? Who is the heck is Jack and why should I care (also, is he still alive?) Is Jessica coming back? What happened to Wayward Sisters? Is Kripke writing the last episode (not that I would if I was him)?

All of those questions are rhetorical because I don’t care, but yes. I suppose I’ll touch base with you all in May (or whenever it ends). 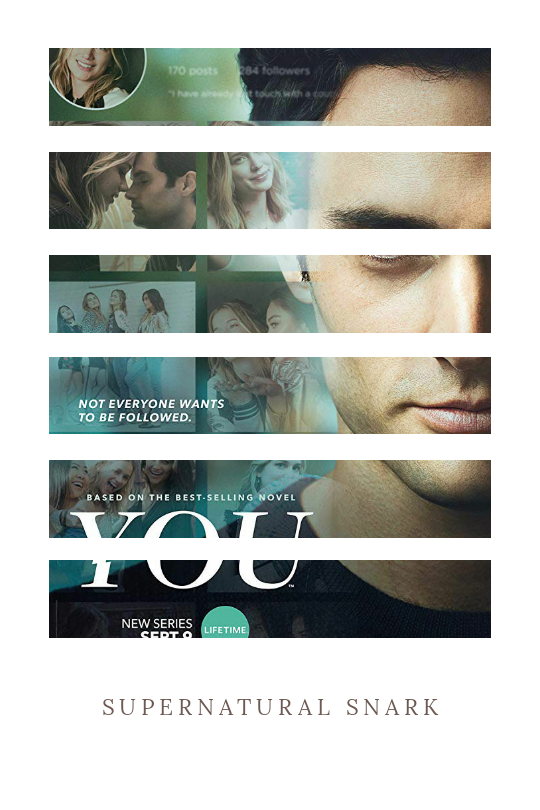 What would you do for love? For a brilliant male bookstore manager who crosses paths with an aspiring female writer, this question is put to the test. A charming yet awkward crush becomes something even more sinister when the writer becomes the manager’s obsession. Using social media and the internet, he uses every tool at his disposal to become close to her, even going so far as to remove any obstacle –including people — that stands in his way of getting to her.

This post is based on season 1 of ‘You’ and somehow, while I enjoyed the show overall, I’ve been put off by people’s reactions to it (surprise, surprise). 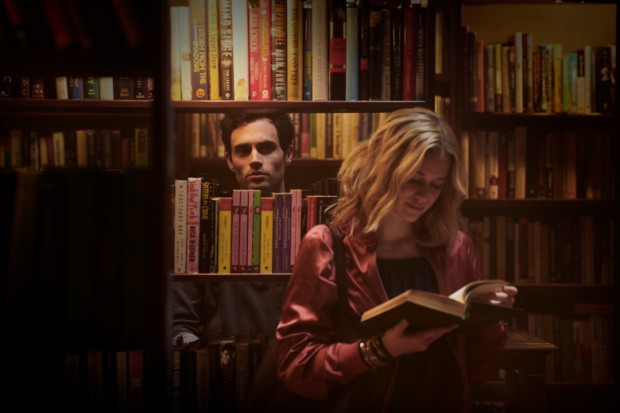 Maybe it’s the writer in me, but I found You to be witty and clever. It’s deliberately misleading – we’re supposed to sympathise with Joe until the end when everything he says becomes null and void.

He did everything for Beck, but in the end she wasn’t worth giving up his freedom.

… meaning that he’s just a plain old psychopath after all.

… meaning that he probably never really loved her (because as we see, he had a fucked up upbringing and never learned how to love or express emotion in a healthy way).

END_OF_DOCUMENT_TOKEN_TO_BE_REPLACED

For some crazy reason, I’m re-watching this show. Okay, so the real reason is that I watched ‘You’ and the title card reminded me of Twisted’s title card. My brain is weird. Anyway, yeah, EVERYTHING I wrote below still checks out. I probably should have just come back to this post instead. LOL. 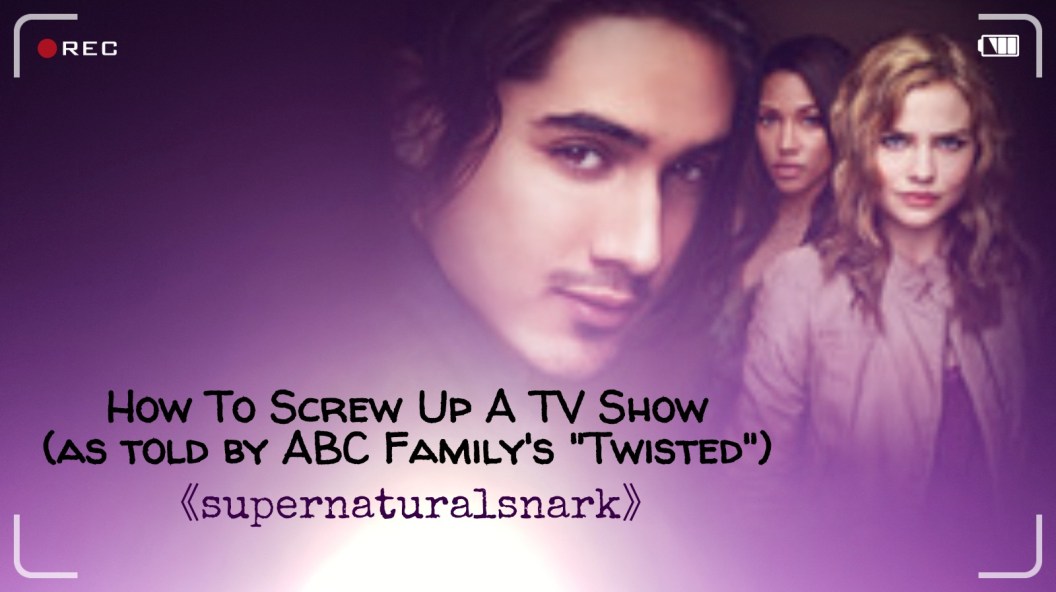 I’m about three years too late but this show was supposed to be easy viewing for me…but I ended up hate watching the last half of the season due to the foolishness.

Anyway, here’s how to screw up a show as per Twisted.

1.Have a decent plot

When charismatic Danny Desai returns to his hometown after spending five years in juvenile detention, he sees that things are no longer as he remembered them. His mother’s socialite status has plummeted due to his incarceration, and his childhood friends Jo and Lacey have grown apart and are at opposite ends of the social spectrum. Lacey is popular and dating the captain of the soccer team, while Jo struggles to put the trauma of the past behind her. Jo wants to give Danny a second chance, but when she asks for answers about the motive behind his crime, he won’t —…

I found this in my drafts and decided it might as well be my first post of the year.

A student at a Catholic school has suspicions when one of the nuns begins acting creepily towards her brother. But she can’t tell anyone, because who would believe that a woman of God would do such a thing?

The movie opens with some tearaway teenager playing some Ed Sheeran-esque song for his online viewers.

He’s sent away to a Catholic school. Or something. Around the same time, a new nun arrives at the school.

Within no time, we see that she has very nice blonde hair and underwear that’s not very nun appropriate. And then we see her gushing over a video of Jason, our acoustic guitar playing protagonist. By gushing, I mean that she all but kisses her laptop screen. Oh dear.

Anyway, our Bad Sister is Sister Sophia and when she arrives to teach the class, she gets upset when she sees a female student flirting with Jason. This is like Bad Teacher, but with a nun.

Jealousy has overcome Sister Sophia so much that she forgets about the morning prayer and even worse, she doesn’t say it.

Sister Sophia asks Jason if he has a girlfriend and when he says no, she tells him that she thinks he’s quite the catch. I get that she’s a fake predator nun, but she has no chill. Also, for some reason, she takes a ‘Toxic Tramp’ lip gloss from Sarah (the girl who was flirting with Jason) and tries it on. Somehow, it offends her and she crushes the tube with her shoe.

…Why anyone would buy a lip gloss called Toxic Tramp is beyond me, but alright.