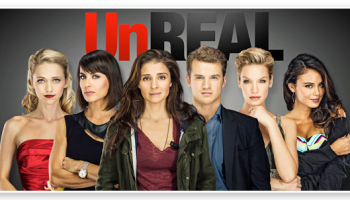 Unsurprisingly, the first I heard of UnReal was when I saw that it was on Amazon. With ten episodes in its first season, I figured that it would be the perfect antidote to my Sons of Anarchy marathon, which was a nightmare in itself.

This show, though. I feel like everyone likes it because everyone else likes it. I’d watched 4/5 episodes before I saw any reviews and my reaction was, ‘whaa’. It has a 98% rating on Rotten Tomatoes. The critics have spoken!

It started off well but then I realised it was just another show about terrible people doing terrible things, and oh look, something sad happens and…they go back to being terrible. The aspect that intrigues people is probably the whole Bachelor (which I’ve never watched) scenario. However, the show mainly focuses on the nasty shit the producers do and acts like some kind of expose. The showrunner apparently worked on The Bachelor, so I guess she’s in her element here. However, is it really an expose when anyone with some common sense knew exactly how much the producers manipulated things? It’s not rocket science.

Either way, I’ll probably continue to watch the show because of Michael Rady. I’m weak. I’ve also seen some interesting commentary on the second season, so…watch this space. 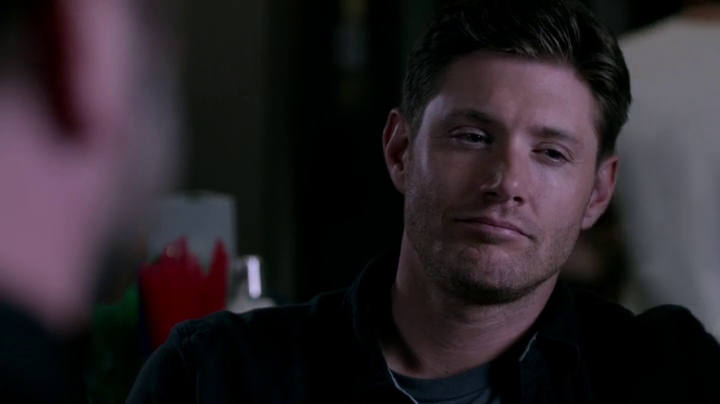 I have a snazzy new layout this year for no real reason at all. I’m sorry.

To recap last season: Sam almost died but Dean arranged for an angel to possess him and we got the amazingly awful pleasure of seeing that. Eventually he wasn’t possessed anymore and he spent the rest of the season looking at Dean as if he’d lost his damn mind. Dean…well, he was sad about Sam and ended up taking on some demonic mark and losing his damn mind – and his life (YAY!!). Castiel is irrelevant at this point, but he did some angel shit and probably lost his damn mind as well.

Basically Sam and Castiel think that Dean’s dead but he’s not. He’s a demon. My YAY!! was shortlived. The day Dean dies for real, I’m going to make a cake. It seems fitting at this point.

Anyway, because nobody cares about the fourth wall anymore, Jensen’s pretty much confirmed what we knew all long. This isn’t the year of Deanmon, it’s three episodes of Deanmon!!!!!!!

END_OF_DOCUMENT_TOKEN_TO_BE_REPLACED

Yes! This is post #200; a number that sounds impressive, I suppose. It works out to roughly just under 70 posts per year (I’ve been blogging since Dec 2011) which isn’t all that much (which is good!). Still, I guess this is milestone-y and something to be celebrated. I mean, writing about a show I started of disliking and moved onto despising can only be healthy, right? Joking aside, it kind of HAS been healthy. Much healthier than what I was doing before – tweeting up a storm. Though bizarrely enough fans actually kind of liked my hate-tweeting. I suspect it’s because it wasn’t quite hate tweeting then but anyway as I’ve said before me + Twitter = unhealthy. I’m a lot better at not wasting my time on it these days.

END_OF_DOCUMENT_TOKEN_TO_BE_REPLACED

Also, more half naked women being tortured!!! FOR RATINGS!!