Once again, I watched for the entertainment factor and once again, I was left more horrified than entertained. I think most people’s general feeling when it ended was this:

END_OF_DOCUMENT_TOKEN_TO_BE_REPLACED

I am officially ashamed of my country – if I can call it that.

Before yesterday, I was one of those people who had never voted before. If you tell people that you didn’t vote, depending on who you are, you might get an earful. People will tell you that your vote could be the difference and what not, but in some ways, all it does is make you complicit when the vote is read out. The same way that not voting does. Yesterday, I felt as if I finally had to make a stand (for my own benefit if anything). It helped that I wasn’t voting for a particular party. As I write this Labour – who I’d probably vote for – are unravelling rapidly. The result largely came about due to their lapses.

Anyway. Another reason why I’ve never bothered is that in a lot of the developed world at least, there is an increasingly ageing population. There are more over 60s than anyone else. There are so many of them that what they want is what we end up with. Apparently, they run this bitch now. America – watch out. The silver-haired people will fuck you all over and stab you in the front. That’s exactly what has happened in the UK. The UK has just held a referendum on whether or not it leaves the EU (European Union). So basically, we all voted either to ‘Leave’ or ‘Remain’. Leave won. That is to say, the people who have used every dirty, racist, xenophobic trick in the book have won.

I could not be more disgusted. END_OF_DOCUMENT_TOKEN_TO_BE_REPLACED

Not everyone but more what the term ‘people’ represents. 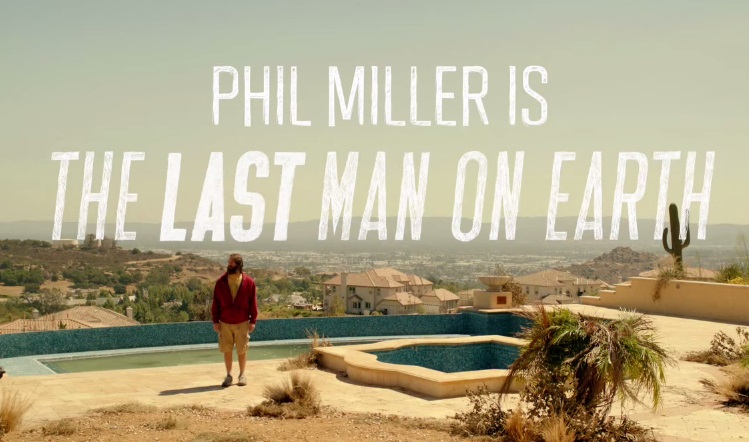 At the recommendation of Trish, I decided to check this show out. It had a slow start, given that there were only two characters in the first few episodes but it grew on me slowly. The best thing about the show is that they manage to pack a lot into twenty minutes. It’s an unconventional sitcom. There’s no laugh track, or obvious cutaways and I like that.

The show is basically set in a time where most of the world has been wiped out by a virus bar Phil Miller, who’s been going around the USA, leaving the words ‘Alive in Tucson’ on billboards, while having an interesting time all alone in his house believing that he’s the ‘Last man on Earth’. By the end of the first episode, he bumps into Carol. The actress playing Carol was on The Hotwives of Orlando playing a spoof of Kim Richards and her voice really, really got on my nerves then and it did on this show too. Somehow, I got used to it and I actually kind of like her character too. END_OF_DOCUMENT_TOKEN_TO_BE_REPLACED

I just read about Jared pulling out of cons and needing his family etc and I have to admit, I do feel sorry for him. He asked for people to write to him I guess on FB/Twitter. I tweeted him, though someone should tell him that false validation and sympathy from people you don’t really know won’t help. I guess that’s something he’ll learn eventually. I’m never going to forget all of the problematic stuff he’s said or how he belittles the staff at airports like they’re beneath him but I do have some sympathy. I’ve been through some pretty dark periods in the past few months where I was very down and I didn’t want to be around a lot of people and my environment was stifling and not somewhere I wanted to be. It’s partly why I stopped blogging/recapping on here. So I can sympathise and emphasise. And I think it was good of him to pull out of the cons and tell people why.

Last time I posted about his charity the first comment was someone calling me a hater or whatever but I’m not. I want Jared to get better – and not just so we can all go back to mocking his hair and gently persuading him to get a haircut, but because depression is nasty and nobody should have to go through it. I still don’t (and will never) support his charity for reasons that I’ve said but in all honesty, I will never support a charity backed by someone in the public eye – but I do commend him for trying to raise awareness and being candid about his own issues.

In my opinion, having to deal with all of this under the eyes of a million SPN fangirls doesn’t seem smart and I don’t sympathise with him on that front because there definitely comes a point in life when your mental health > money and you need to make a decision that benefits you, and for his sake I hope he’s at that point. We know from past seasons that he’s had issues with his character and if that’s impacting him negatively, he needs to be able to walk away and regroup in private with his family.

Either way, I wish him the best.