Haven’t done one of these for a while but it’s festival season and I’m here to rain on someone’s parade (jk but not really).

I’m not a music festival kind of person. Personally, I prefer an arena with indoor facilities and seating. Why pay so much to stand on a field for twelve hours? ‘Cause I’m not sitting on any grass. Or fake grass. Bugs don’t discriminate. No, no, no. I see no joy in standing in a huge crowd of people and getting whacked over the head while staring at blurry figures on a stage that I can barely see. I did enjoy myself at the one I went to, but I enjoyed the indoor concert I was at a few months prior more.

Anyway, from my experience, it was just okay. Nothing special.

END_OF_DOCUMENT_TOKEN_TO_BE_REPLACED

I’m sure most people have heard of the situation depicted in the above video. When I saw the headline, I wasn’t surprised. Stuff like this has become par for the course sadly, especially if you’re a black person. The video itself was largely disturbing. At sixteen seconds long (the initial clip), you wouldn’t think it’d be much but my jaw literally dropped and I couldn’t believe what I was seeing.

I was disgusted and appalled. And angry.

Naturally, I expect others to be too, but I always forget that you cannot fix stupid and that there’s no limit to the number of heartless people in this world.

I am completely dismayed by the number of people who were saying that they needed more facts before they could condemn what this officer did. Really? He flung this girl like she was rag doll and you need more facts? Her being ‘defiant’ and refusing to leave class is a justifiable reason for this to some people? Wow. Just wow. Apparently she was on her phone briefly, and pleaded to stay in class but the teacher demanded she leave. That was her crime – being on her phone and not participating in class. That is pure and utter bullshit but almost irrelevant. Textbook case of the punishment not fitting the fucking crime.

The fact is that a grown man, who supposedly lifts weights and weights 300lbs used excessive force against someone who wasn’t resisting. Someone who is supposed to be protecting students disrupted a class and terrified the other kids. That’s all anyone should take from this. All of this ‘kids these days have an attitude’ and ‘Oh, this is what she gets for being defiant’ is so mind numbingly stupid that I don’t even know what else to say.

So, on behalf of this girl, fuck anyone defending the school and that officer. I hope that this never happens to any of your loved ones or you. And I hope that you find some common decency at some point. Ugh.

Oh and Don Lemon can shut the fuck up as well with his bullshit.

In response to The Daily Post’s writing prompt: “Your Number One.”

What was the #1 song when you were born? (not sure? you can find out here.) Write about how the song relates (or not!) to your personality.

END_OF_DOCUMENT_TOKEN_TO_BE_REPLACED 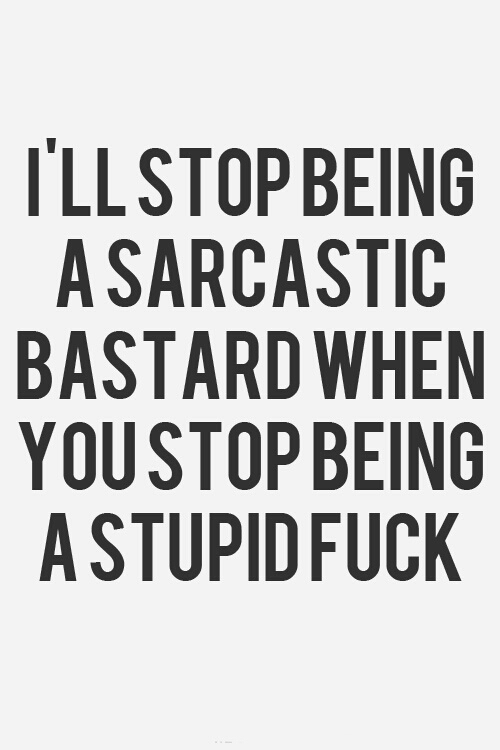 …because the number of people not even bothering to hide their stupidity is definitely growing. Certain people need to come with a damn mute button to spare us all from their nonsense. This includes racism apologists/defenders and everyone who talked out of their mouth sideways about the terrible incident that occured in Charleston yesterday and people defending Rachel ‘I don’t understand the question’ Dolezal. Sigh.

ETA: I might just have to make a page just for stupid people. 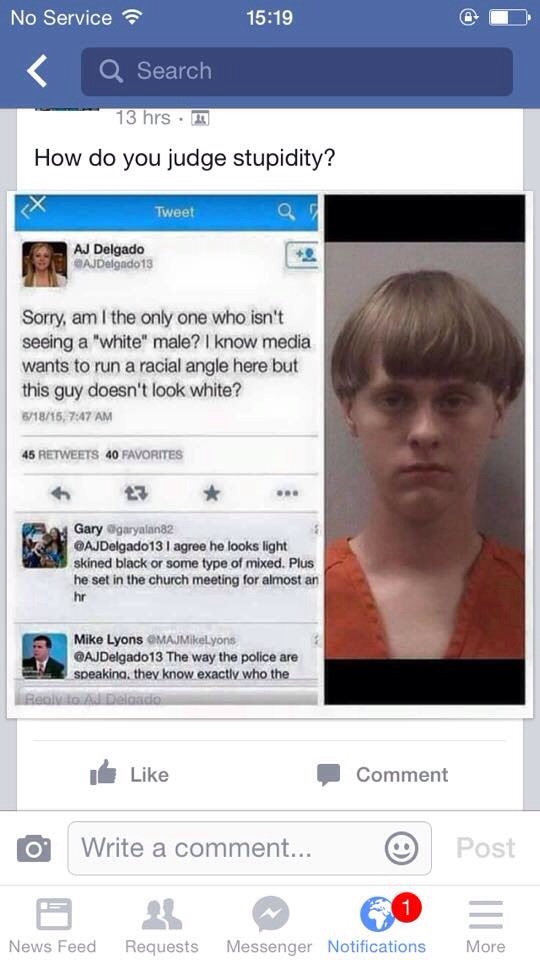 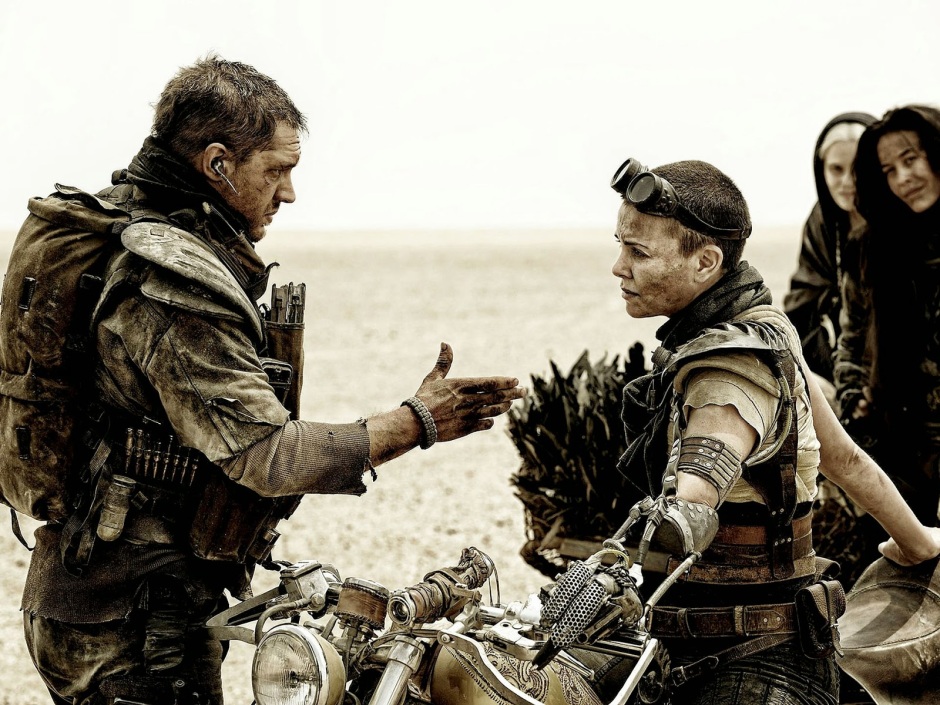 Spoilers (I think!) ahead, y’all.
END_OF_DOCUMENT_TOKEN_TO_BE_REPLACED

I hope anyone reading this has a good day! 😉

My gift to you, in honour of Jared and Jensen’s combined collection of scarves, is this:

This guy on reddit has been posting about how he hired a hitman on himself and decided to toy with him [the hitman]. I have no idea if it’s true but it’s all kinds of hilarious:

So I’m in some random starbucks in the middle of downtown Las Vegas typing this out for reasons that are beyond me. I guess that if I die I want at least someone to know what happened to me. You’re probably getting the impression that I am scared for my life, but you would be completely wrong. In fact I’m having the most fun I’ve ever had; this is by far the best game I’ve ever played. Now enough of my babbling, let me indulge you on why I hired a hitman on myself.

There are five parts (at my last count) – if you click on his name (murdering_time) and go to the submitted tab you can find the links to parts 2-5.

I know what you’re thinking. Who wants to watch a show about Nick Carter? The answer is probably a surprising number of people. He has some crazy fans. Last I heard, they’d raised money to fund a movie he was doing called ‘Evil Blessings’. I’ve heard nothing about said movie since. But that could be because I unfollowed him on Twitter. However, he’s still the hottest Backstreet Boy, and I’m still a Backstreet fan, so…here I am. Anyway, onto the show!

END_OF_DOCUMENT_TOKEN_TO_BE_REPLACED

These days a lot of articles online don’t make much sense unless you have some context. I guess people assume that everyone else follows everyone on Twitter and elsewhere, and it is an easy way to get more hits. Unfortunately for them, I can’t be bothered with all of that so I just go straight to the comments. Comments are probably the best and worst thing about the internet. There are some assholes, some people who don’t seem to be in their right mind and some who enter the discussion without having any plan to actually discuss anything. All in all reading comments can either be hilarious or really frustrating. I don’t really post comments much myself. Not because I don’t want to but because I can’t be bothered. I finally gave in and made a disqus account, but they like to sign me out every two days, so I just lurk.

For the most part I only really read comments on sports articles and reality TV recaps (feel free to judge me!) and there’s not much difference.