With a fulfilling career and a loving relationship, lobbyist Leah Vaughn (Sanaa Lathan) seems to have it all. Things come crashing down when Dave, her long-term boyfriend, questions her future plans for marriage and a family. The resulting breakup leaves Leah heartbroken, until she meets the charming and handsome Carter Duncan (Michael Ealy). Soon, the budding romance turns dangerous as Carter reveals his volatile nature, forcing Leah to turn the tables on the man she thought was Mr. Right.

The unsure tone screams that this is a director embarrassed by the film he’s making.

First of all, Michael Ealy.

Secondly, Sanaa Lathan’s hair and wardrobe were on point.

The movie begins with Leah being all domestic with her boyfriend before she breaks up with him because he’s not ready to propose. Sometime soon, she bumps into some guy callee Carter at a coffee shop. Well. More like she turned around and he was grinning at her creepily. It was like he was paid by smile and crazy eyes because there was a lot of that in the opening half an hour. Although, Michael Ealy’s smile and crazy eyes would probably work on me too. Anyway, there’s so iced coffee related flirting stuff (I think that’s what it was supposed to be). 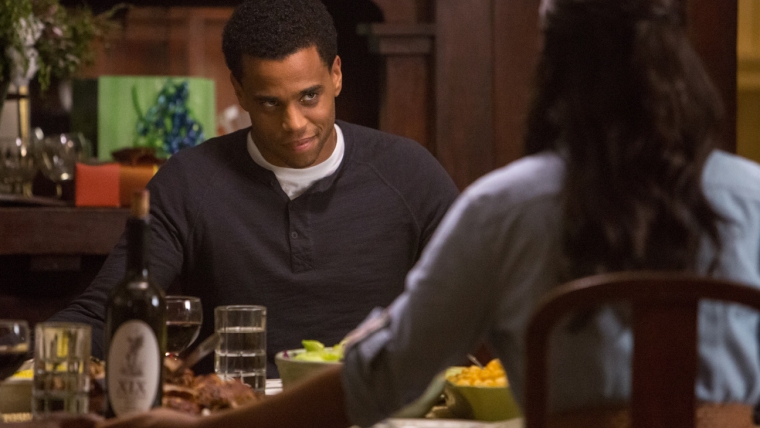 Anyway, after that, Carter saves her from some douche at a bar. They have dinner and things progress. They go dancing and they end up hooking up in the bathroom (recipe for disaster and also unsanitary) and they begin dating. Carter charms her parents, her friends, her cat. Everybody in nearby distance.

At one point I’m sure that someone dreamily says that he seems too good to be true.