Sonny Weaver Jr. (Kevin Costner) is the general manager of the Cleveland Browns. One of pro football’s most important days, NFL draft day, is drawing near, but Sonny has much more on his mind than just which players to recruit. His lover (Jennifer Garner) is pregnant, and the team’s owner (Frank Langella) wants to fire him. After Sonny accepts a deal with Seattle that nets him that team’s first-round pick, he immediately wonders if he has made the right choice for himself and the Browns.

This movie is basically a two hour long NFL commercial. And being that I have no interest in the NFL, I should have given up after half an hour, but I didn’t. Actually, I kind of enjoyed it. I’m biased because I’m a sucker for sports movies, but I found the draft day aspect interesting.

I’m more of a soccer (football!) fan, and with that we have transfer periods. Nothing as complicated or complex as draft day. Team A buys a player from Team B. Unless Team C offers more money at the last minute and hijacks the deal. That’s basically it. The direct comparison to draft day would be the transfer deadline day where you see all kinds of crazy deals taking place, or in some cases, players driving to a prospect team only for the deal to fall through.

I’m sure most of what Draft Day depicted was bullshit in terms of accuracy, but I enjoyed it. Kevin Costner giving up three first draft picks just to get the number one pick only to get all picks back and basically render the entire movie pointless? Yes, please.

Kevin Costner (or Sonny) spends much of the movie trying to figure out why the Seahawks gave him a player that they apparently wanted all along. Eventually, he lands on money and ends up getting all the two players that he wanted (who weren’t exactly in demand either, but okay).

The plot careens into joke territory when they tease us with a reveal on why Sonny doesn’t want to go with Bo Callahan and it turns out that he’s an asshole because no one went to his birthday party and he lies? That was literally the only reason the writers gave us. Even though one of Sonny’s other picks literally put a man in hospital.

Maybe Draft Day is an accurate reflection of the NFL, I don’t know.

There are a lot of decent actors in the film too.

Chadwick Boseman (RIP) plays Vontae Mack, who ends up being the number one pick. It was bittersweet seeing him on screen after his untimely passing, but I’m yet to see a performance of his that I didn’t like! The moment when he’s picked was probably the best in the movie.

Jennifer Garner plays Sonny’s girlfriend, and there’s a whole romance angle that I sort of daydreamed through. Sam Elliot shows up. David Ramsey is in this (THE DIGGLER!). Tom Welling plays an older quarterback who’s making a comeback.

P. Diddy is also present. Along with Terry Crews and probably a bunch of other people I missed.

All in all, I’d give it a 5/10. It was entertaining and passed the time, but I wouldn’t watch it again.

This is without a doubt, one of the WORST movies I have ever seen. It is up there with Playing It Cool. I might just avoid all movies that begin with ‘playing’ from on.

The best way I can summarize it, is Gerard Butler plays a deadbeat dad/washed up soccer player. He wants to become a sports broadcaster. He continuously disappoints his son. UNTIIIIIIIIIIIL, one day he helps his son’s soccer team out and all the parents want him to be their coach. He agrees.

For some reason, Dennis Quaid becomes BFF with him.

All the soccer moms want him to kick a ball into their goalposts (if you catch my drift…).

He sleeps with a couple of the soccer moms, because why not? Oh, and one of them has connections to ESPN. Thus begins a bizarre chain of events in which he continuously disappoints his son, tries to win his ex-wife back (…even though she’s getting married to someone else). He bails Dennis Quaid out of jail. Disappoints his son some more before he FINALLY vows to be a good father and then….

He gets a job and he’s like BYE LOSERS!

…and then he has a change of heart and everyone lives happily ever after. I mean, he’s slept with half of the soccer moms on his son’s team, and he’s back with his ex-wife, but why would that be awkward?

Anyway. The cast of this movie is confusing. Jessica Biel and Gerard Butler – say no more. However, Uma Thurman? Catherine Zeta-Jones? Dennis Quaid, even, because even he is too good for this.

My head still hurts from watching this nonsense. I think I rage quit in the last five minutes, because I don’t remember anything past the point where I wrote BYE LOSERS! Thank God for Wikipedia.

Project Power is full of excitement and superpowers galore, but unfortunately, it never quite hits it stride.

THAT BEING SAID – JOSEPH GORDON-LEVITT! END_OF_DOCUMENT_TOKEN_TO_BE_REPLACED

This isn’t part of the Potentially Bad Moviethon because I don’t think it was released anywhere (seems like a BET movie).

First things first, when I saw David Ramsey I was literally like, ‘YAS IT’S THE DIGGLER!’

…and I did that the whole way through. Please note that I didn’t even make it through one full season of Arrow.

Basically, The Diggler is a parole officer who has an affair with one of his parolees. At the same time, his wife sleeps with some kind of knock-off Uber driver.

Both of the people they cheated with turn out to be…well, crazy. The parolee stages some elaborate blackmail plot so he can fast track her probation period and skip town (aight) and Knock-off Uber turns out to be a swinger. Dean Cain was one of the swingers too, which. Absolutely not.

As one of the three IMDB reviews states: Just entertaining enough not to be boring. 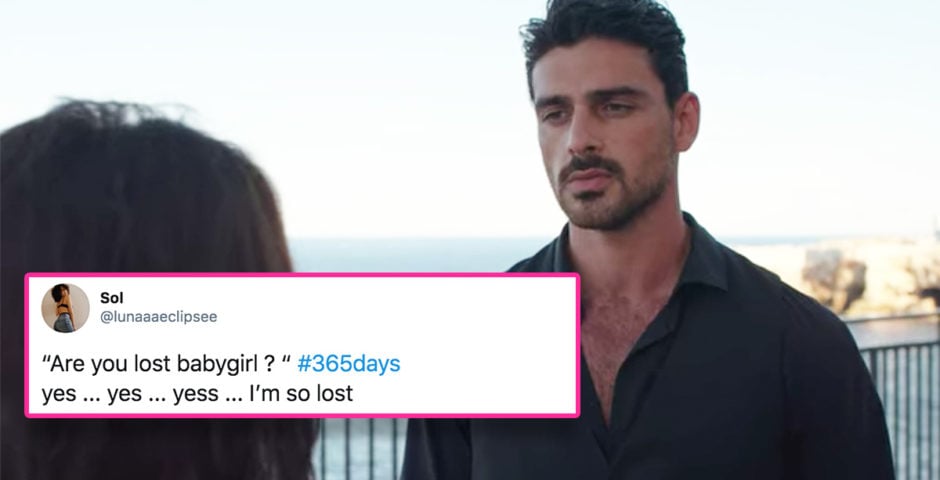 END_OF_DOCUMENT_TOKEN_TO_BE_REPLACED

The movie opens with a women being captured in the woods (or something similar). We cut to the beautiful island (lots of overheard shots, etc). Five people turn up at the mysteriously, beautiful island where they will be granted their fantasies. They’re told by Mr Roarke (played by Michael Pena who was an…inspired casting choice) that they have to see the fantasies through no matter what happens. END_OF_DOCUMENT_TOKEN_TO_BE_REPLACED

This movie was…something. First of all, I always have time for Michael Ealy and I feel like Dennis Quaid has been in so many movies where he’s good, so him as the villain was interesting.

To recap, a young, wealthy couple are house hunting and for some reason, the wife (her name escapes me, so…everyone will be referred to by their (now that I’ve added the synopsis I might as well use the proper names. sigggh) except for Tommy Egan from Power (as far as I’m concerned, this is what he got up to California), Annie, wants to move to a gorgeous house in the middle of nowhere. Apparently, she’s a blogger (but I don’t recall hearing this in the movie) so she can work from anywhere. Meanwhile, it’s a two hour commute for Chris, yet he buys it because…anything for her. END_OF_DOCUMENT_TOKEN_TO_BE_REPLACED

Even Maggie Grace playing someone’s kidnapped daughter again wasn’t a problem. Instead of being the whimpering damsel in distress, she turned out to be a badass in her own right and I was here for all of it. END_OF_DOCUMENT_TOKEN_TO_BE_REPLACED

I don’t know why this movie has such a bad score? I say that as someone who doesn’t care for Ben Affleck.

It’s basically what the synopsis says.

I don’t even have much to say about it. It’s a standard action movie. The ~big reveal~ is that Jennings machine can predict the future – and it predicts that the world is going to fall apart while Rethrick becomes super rich (which I’d have scoffed at until I saw that major corps are still making bank during the COVID-19 pandemic). Rethrick wants to take out Jennings – so he doesn’t spill the beans I guess? And all Jennings has is a parcel that he mailed to himself full of random items.

It turns out that he uses them all to get past various obstacles – that he knew about because he saw the future.

In the end, he wins 90 million dollars and lives happily ever after with Uma Thurman.