I like SyFy movies for what they are – crappy, badly edited but hilarious movies. So when I saw that Rob Morrow happened to be in a SyFy movie I was happy to add it to  my watch list.

With a summary like this, how could I not?

In “NIGHT OF THE WILD”, a large meteor crashes into a quiet town, and pet dogs become mysteriously aggressive. attacking and killing the residents. Teenager Roslyn (Mays) and her old but faithful dog Shep are out camping when the attacks hit. Now separated by the chaos in town and blocked roads, Roslyn and the other members of her family must find each other by fighting back against the blood-thirsty hounds before the dogs take over the whole town and escape becomes impossible.

For what it’s worth, I didn’t re-read the summary before I watched it, LOL. But yes, here is my ‘recap’.

I take it that the bright lights at the start = SyFy weird science explanation for the nonsense about occur. But uh, yeah, some men get eaten by dogs while bright green lights flash in the distance. The last surviving man is then chased by a dog, which somehow launches through a closed wooden door and savages the man mercilessly.

Uhm, doesn’t this shit happen in real life? Minus the launching through closed doors part. SyFy, you are not and will never be shit. LOL. There’s some kind of werewolf esque howl.

Oh, Kelly Rutherford is in this too. And…Jill Zarin? Well. Why not. I am not sure why my boo Rob Morrow is in this. Guess those Numbers checks aren’t cutting it. That’s not shade, I am genuinely sad for him, Kelly and Jill.

This shit is ONE HOUR AND TWENTY FIVE MINUTES?

Anyway, Kelly’s dog is going crazy and upseting her neighbours dog, Coconut. With a name like that, I imagine that the dog is just perpetually upset. AND OOH, BRIGHT GREEN GLOWING OBJECT IN THE YARD!!

Okay, okay, I’ll keep this is Tom Welling free zone. Though does anyone remember The Fog? That garbage horror movie he was in?

It’s been nine minutes and there’s no Rob Morrow yet. Would it be bad of me to skip along? There’s some kind of teenage girl car ride conversation that I don’t care about.

This is awkward but the teenage girl has a dog called Shep. I just. Can’t. Let me just, move on before I say anything.

YAAAAAAAAAAAAAAAAAAAAAAY, ROB!! He’s looking good too. I suspect that this will be the only highlight of this movie. I am literally not paying attention to anything being said. Oh, and he’s playing the dad to one of the teenagers and it seems like Shep will be said a thousand times in this movie.

Oh, it was a meteor explosion, guys. SCIENCE!!

Why the hell is Jill Zarin in this movie? LOL. Someone’s got some ‘splaining to do. Oh and some dogs mauled a couple of guys a few minutes ago. And there have been a lot of shots of people walking their dogs. OMINOUS.

Jill Zarin’s dog has been acting strange, so she wants to give it a…massage. Is she playing herself or acting?

A dog called ‘Nuts’ basically goes nuts. Rob Morrow has no idea what’s going on with these dogs. He looks like he has no idea how he stumbled onto this movie set in all honestly. I can’t blame him, lol.

Teenage Girl #3 is the next to be eaten by an evil dog. Her friends watch on in shock until one of them pulls out a knife (?!!!!) and runs to save her (in slow motion), despite the fact that she was torn into for some time, Teenage Girl #3 wasn’t eaten just…bitten? Half-ravaged? All I know is that it was FUNNNYYYY.

Oh gosh and NEXT, Kelly Rutherford is driving through town at the slowest speed ever. Some woman has been murdered by a dog, I guess. A police officer is yelling something and Kelly’s just not facing the road (even with a child in the backseat) and a man exits a store and just decides to walk out in the middle of the road, and he sort of rolls onto the bumper of Kelly’s car, which really wasn’t moving fast enough for him to somersault off wildly but that’s what happens. LMAO. SyFy, come on, you can do much, much better than this. Out of nowhere, the dude’s own dog attacks him – takes a chunk from his face and starts biting people’s legs. LOL. Kelly takes off, presumably because she’s the only one with a car.

GURL, WHAT? THERE ARE RABID DOGS IN THE WOODS???!!!!! Y’all know what happens to her. Mince meat. Damn. They tore her head from her body! I rebuke this movie, yo!

Coconut’s owner leaves his house to antagonise the neighbours dog. Yo, this Coconut gave ME the creeps and this is literally just a silly Z movie. Anyway, Papa Coconut is attacked by the other dog. I guess he dies.

I’mma eat my yogurt and hope that time flies. There’s not enough Rob Morrow in this.

My yogurt was weird.

There’s some weird kind of singing scene with Rob. I’ll allow it because this shit is sending me to sleep. Teenage Girl #1 (his daughter) calls him and tells him that her friends are dead.

This movie is literally giving me a headache. There is more unnecessary slow motion. Sigh. Kelly Rutherford runs back into her house but ends up jumping out of a window five minutes later???

This movie is just…irresponsible at best. Out of nowhere this dude goes crazy and puts a bullet in his mouth. We did not need to see that. Oh gosh and now Rob is fake-battling with a dog, lol.

Rob’s joined up with Kelly now. Oh, they’re planning on flying their way out of town. As they’re flying out, some nasty ass black stuff is sprayed all over the windows but apparently ‘it’s alright’, you don’t need to be able to see when flying a plane.

Whatever, Rob looks good. And Shep survived! But uh-oh, the green meteorites are in the place that they escaped to and a bunch of rabid dogs emerge, LOL. It ends there.

Do they die or nah? I don’t even care.

Some key lines from some poor guy who actually took the time to watch the movie and write a serious review. I salute you, dude.

“Night of the Wild” is a lot like those terrible seventies nature run amok movies. It’s badly directed, horribly edited, has terrible continuity issues, and garners some inadvertent camp. All that’s missing is an obligatory nude scene.

“Night of the Wild” is brimming with potential, beginning with a premise that could have amounted to a great movie.

No. No. A million times no.

It’s explained that the meteor is making all the wildlife turn on their masters.

There’s even the hint of cows turning on their owners, but I doubt watching cows trample their owners would be much fun.

…no, watching some guy blow his brains out was even better. *sarcasm*

In one scene, Rob Morrow is being attacked by dogs, and as the director pans away, it’s painfully clear Morrow is just holding a dog with both hands faking an attack.

Yes, I noticed that they were looking magically clean at the end there.

The dog Shep was not affected because it was deaf – they set that up in the first 5 minutes of the film.

LMAO. You know what. I look forward to seeing Rob in American Crime Story and I hope I never see this stupid dog movie again.

Speaking of Rob, I read an article about him selling his house and…is it me or this room just….hideous? There’s way too much going on here. LOL. I really hate that staircase. 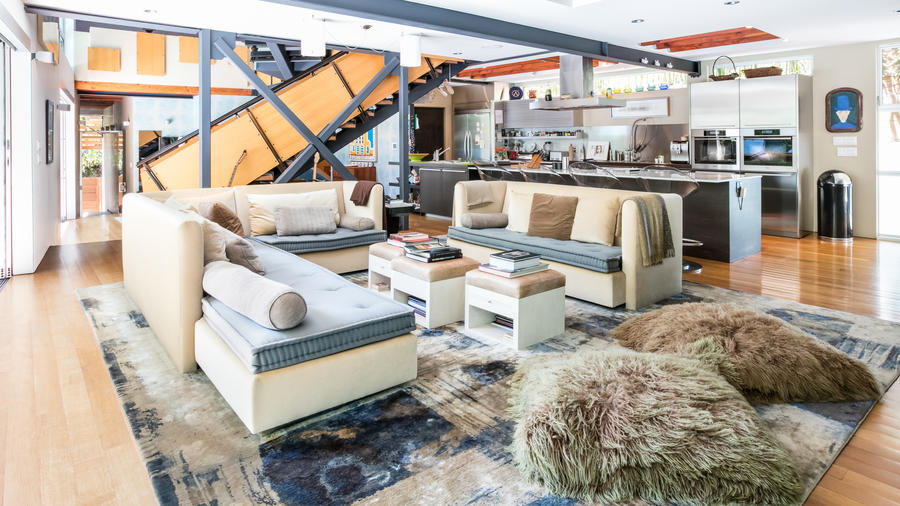 The pool is nice though. 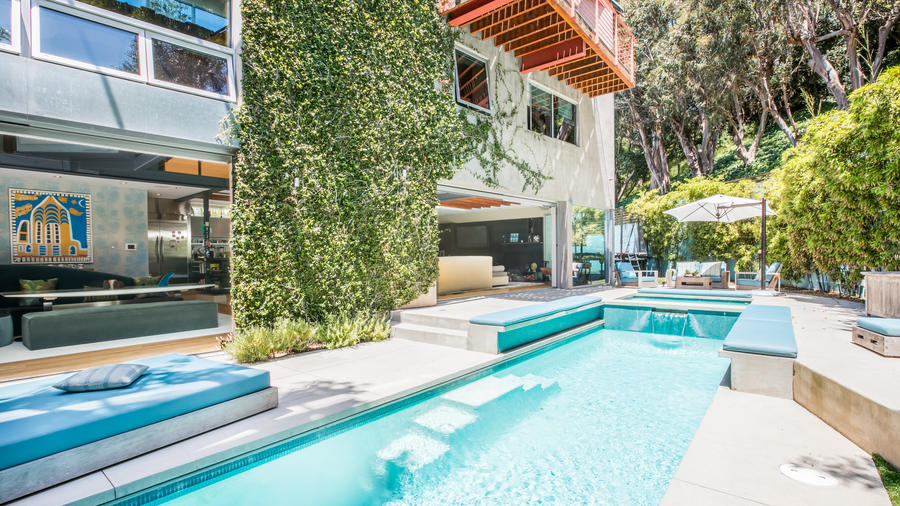