Yes! This is post #200; a number that sounds impressive, I suppose. It works out to roughly just under 70 posts per year (I’ve been blogging since Dec 2011) which isn’t all that much (which is good!). Still, I guess this is milestone-y and something to be celebrated. I mean, writing about a show I started of disliking and moved onto despising can only be healthy, right? Joking aside, it kind of HAS been healthy. Much healthier than what I was doing before – tweeting up a storm. Though bizarrely enough fans actually kind of liked my hate-tweeting. I suspect it’s because it wasn’t quite hate tweeting then but anyway as I’ve said before me + Twitter = unhealthy. I’m a lot better at not wasting my time on it these days.

People always wonder why I bother writing about the show at all and I always say that I do it because I want to. It’s not that I’m a fan (though I was when I first started), it’s just that I’m still watching and the only way I can get through an episode these days is if I write it up and a lot of the time, I don’t have the time so I’m not that focused on the show. I don’t feel like I need to see every episode to be able to follow a plot that probably can’t be followed logically. And if I feel like talking about it, I can come here and post whatever I want. I’ve never posted my page anywhere in a desperate attempts for hits, and I’ll be the first to admit that it isn’t all that popular but I hope that people who feel the same way about the show that I do can come here and kind of see the humour in all of it – the show might be crap but it’s often so bad that it’s HILARIOUS.

Everyone else is just watching it the wrong way!

Some old posts that made me LOL. I amuse myself way too much. I’m sorry about that.

There’s this one. And this. And maybe this.

Classic moments: WHYWHATWHENWHO, Sam and his love affair with cake and the brain cell chart (which I have to update)…

The show’s most terrifying use of special effects: 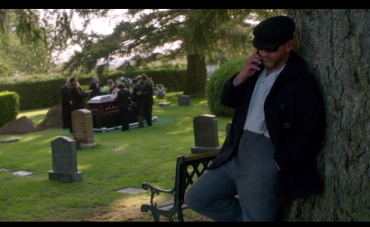 Worst scene (well, the worst one that I have picture for!): 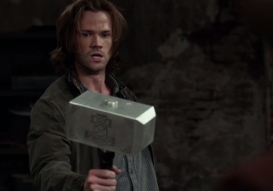 And that’s all I can be bothered to come up with. I’ll (most likely) be back with the recap for the first episode next! Yay! Not…

2 thoughts on “I’ve reached a milestone. Yay! I think…”